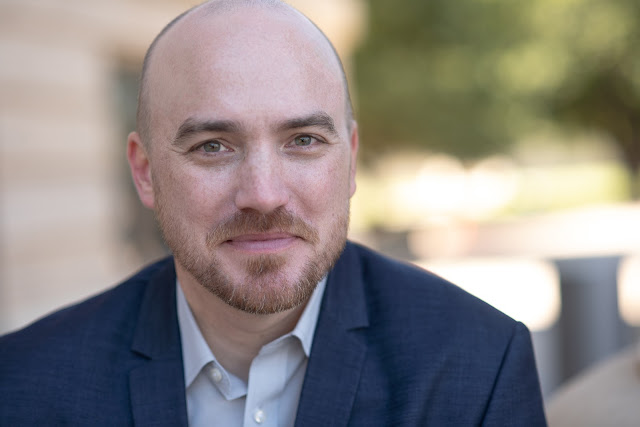 By Chip Chandler
A familiar face soon will take the reins of the "Texas" Outdoor Musical.
Stephen Crandall, currently head of West Texas A&M University’s Department of Art, Theatre, and Dance in the Sybil B. Harrington College of Fine Arts and Humanities, will be the new artistic director of the musical.
“I am thrilled to welcome Stephen Crandall as the next artistic director of such a storied institution of the Panhandle of Texas,” said Dr. Andrew Hay, executive director of the Cultural Foundation of the Texas Panhandle. “Of course, Stephen is no stranger to the stage in this region, and his expertise both nationally and internationally speaks for itself. But it is his continued leadership as a faculty member of WT, and the respect of his peers, which lends itself to his exceptional candidacy as the next artistic director of 'Texas'.
“I cannot express enough the enthusiasm with which the Texas Panhandle Heritage Foundation board and WT leadership have received the news of this opportunity,” Hay continued. “I am excited by the prospect of working alongside Stephen, and I look forward to the 56th season of 'Texas' under his direction.”
CFTP was formed in 2021 under the oversight of WT, as a member of The Texas A&M University System. It exists to promote the rich cultural heritage of the Texas Panhandle, focusing the efforts of both Panhandle-Plains Historical Museum and the Texas Panhandle Heritage Foundation, the latter of which produces the outdoor musical in Palo Duro Canyon State Park.
“We are very excited to bring someone with Stephen’s background, talents, and abilities on board as artistic director for 'Texas',” said Mark Hodges, TPHF board chair. “With Stephen, we begin a new and exciting chapter of sharing the history and culture of this region with patrons from around the world.”
“I’m incredibly grateful for this opportunity and for the support of TPHF and CFTP leadership, as well as WT,” Crandall said. “'Texas' is a part of my and my wife’s history; we actually met during our first summer with the show. It is more so an important part of the Texas Panhandle’s history, and I look forward to contributing toward enhancing that history further.”
Crandall will step down from his department head position at WT but will continue as a professor in the department. A decision on Crandall’s successor as department head is expected by the end of the semester, said Dr. Jessica Mallard, Dean of the Harrington College of Fine Arts and Humanities.
“Stephen has done a remarkable job leading the department for the past six years, and we wish him well on his new endeavor,” Mallard said. “I know he is excited to be putting his artistic hat back on and doing so with something with such a rich and long history as 'Texas'.”
Crandall will become the eighth artistic director of "Texas" since its opening performance on July 1, 1966.
“It is humbling to consider the thousands of talented individuals who have been a part of 'Texas' over the years,” Crandall said. “I consider myself lucky to be able to once again be a part of it, and to lead the next generation of artists who will help tell this story and continue the legacy of live performance in the canyon. As someone who has experienced 'Texas' many times, I can speak to its magical ability to enthrall a diverse audience and build lasting memories for all who see and are a part of it.”
Crandall himself has a long history with the show. He first saw the production in the late 1990s and was inspired to audition for the show in 1999, landing the role of protagonist Calvin Armstrong. He played the role for the next three summers and returned in 2002 as an acting coach following his marriage that spring to cast mate Leigh Anne Thomas. Since 2012, he has directed for the production’s “Shakespeare in the Canyon” project.
Crandall earned his bachelor degree in theater performance in 2003 from WT, then a master of fine arts degree in acting in 2007 from the University of Nevada Las Vegas, where he also taught acting, voice, and movement.
As an Equity actor, Crandall has performed internationally at the Adelaide Fringe Festival in South Australia; professionally with the Nevada Conservatory Theatre, Nevada Theatre Company and Broadway Sacramento's Music Circus; and locally with Amarillo Little Theatre, Merely Players and "Texas." He also is an active member of the Stage Directors and Choreographers Society and has directed more than 30 plays and musicals for regional and community theatres. He returned to WT in 2010 as an assistant professor of theatre and was named department head in 2016 after receiving tenure and promotion to associate professor. He was promoted to professor in 2021.
The effort to celebrate the history of the region through an outdoor musical began in 1960 when Canyon community leader Margaret Harper reached out to playwright Paul Green. The musical debuted in 1966 and, until COVID-19 forced a cancellation of its 2020 season, has been performed annually before thousands of audience members in Pioneer Amphitheatre inside Palo Duro Canyon State Park. The 55th season entertained 46,588 visitors.
The 2022 season of "Texas" will open in June.
Local